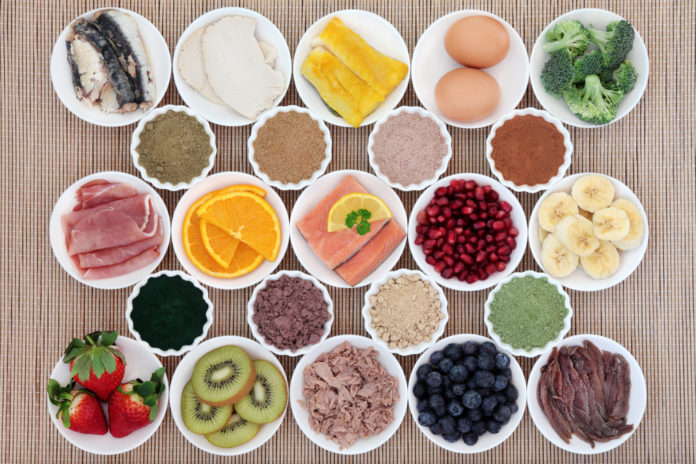 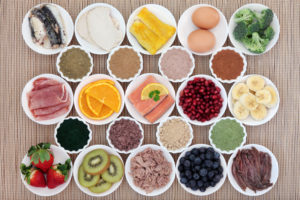 This book is the next step in the evolution of the paleo template (pun intended). This should be considered Paleo 2.0. Robb has done a great job of taking the base of his experience and success from his previous book The Paleo Solution and has cranked it up to 11. In that book he does a great job explaining the rationale of a diet based on a template of ancestral health, and gives a very good outline and structure on how to do so. And that’s great… for a start.

But, why do so many fail, even with a good template?  Why is it some people who were eating sweet potatoes on their paleo plan have great results, and others just could not see the scale budge (not saying that the scale is all that great of a measure for health, but still)?  Why is it that some could cut out the refined sugars as easy as putting on their socks, and others were at risk of being found in the basement broom closet stuffing a bag of Snickers bars in their face at 3 in the morning?  Have you yourself ever found yourself innocently snacking on a handful of potato chips and the next thing you realize you’re holding the bag above your head trying to catch and crumbs or dust that might be settled at the bottom?   This book is an answer to these questions. 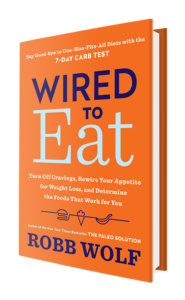 You see, as Robb describes wonderfully in this book, it turns out that we humans have a lot or responses and triggers built into our internal circuitry. And this science isn’t necessarily cutting edge. This stuff has been around for a while, but the folks that have been most keen on the research aren’t necessarily health professionals or public health servants, but the corporations and marketers selling cheap, refined food stuffs, alcohol, and even our apps and social media.

What I really respect about Robb is his keen ability to take seemingly completely different areas of science and show how it’s all related.  An example of this is Chapter 3: Mosquitos, Appetite, and Hyperpalatable Food.  In this wonderful chapter he shows how genetic mutation and wiring (in this example the advantage of Sickle Cell Anemia and it’s advantage in areas plagued by malaria), to hacking our appetite through variety of flavors and textures (aka hyperpalatability) and how that plays with the hedonistic (pleasure) centers of our brain.  He even draws a super interesting parallel between this overstimulation to porn, another form of “supernormal” stimuli.

He then goes on in the first part of the book to cover a bit of digestion, the gut microbiome, and these can play with glucose metabolism as well.  The need for quality sleep, lots of movement, and a sense of community are also covered in JUST enough detail for it to be useful, but not to waterlog you with an unnecessary amount of density.   The book being broken up into 2 parts, the first part is all about the WHYs of tying all of this together.  The second part is all about the HOW.

Part 2 really kicks off the more typical diet book how-to application of what you learned in part 2.  This includes the good ol’ standby: the 30 day meal plan.  In this book the 30 day plan has two options, the first being more of a standard paleo diet and the second being an autoimmune option.  I thought this was smart as some folks with autoimmune disorders can’t handle some foods allowed in a typical paleo diet such as eggs and nightshades (tomatoes, peppers, eggplant, etc).

What separates Wired to Eat from the other diet books is what comes AFTER the 30 day meal plan.  Now that the 30 days have gone by and the palate has had a chance to reboot to a more natural state of being, this is the point where we can really geek out: The 7 Day Carb Test.  Here Robb takes you through a protocol where you eat a different prescribed form of carbohydrate, you track using pretty inexpensive methods, and you get a sense of how your body handles different forms of carbohydrates.  Some folks might find that eating a sweet potato gives them a nice stable blood sugar and energy, but they may absoultely spike and crash when they eat oatmeal.  Others might be just fine with the oatmeal,  but find that black beans really jack with their blood sugars.  Or, you could be like me, and find that almost all of them wreck you.This form of individualized nutrition is, in my opinion, the way we need to be going from here on out.

Robb rounds out part two with my favorite chapter, Chapter 14: Hammers, Drills, and Ketosis.  He does a great little highlight of what nutritional ketosis is, how it can be used therapeutically in different situations such as diabetes (type 1 and 2), cancer, Alzheimer’s/dementia, and (of course) weightloss.  Remember when I talked about that person who basically was wrecked in all forms of carbs during the 7 day carb test?  You might really want to read and re-read this chapter.

So there you have it.  As I said, I think this book acts greatly as both a sequel to his first book and as a new, stand-alone work. This is really the next step we need to take in order to customize our nutrition to fit our specific, individual needs.  All that being said, I don’t think this book is going to change any minds if you already have an issue with this ancestral health template.  If you already think paleo is bulls*&t, think it’s only about calories in vs calories out, and that the Twinkies Diet proves that nutrient quality doesn’t matter, I’ve got a ball you can have and a highway you can play catch in.  For those really looking to take the reigns on their metabolism and are ready to play the long game, this book is for you.